MRDA Make their Last Stop at the USO in St. Louis 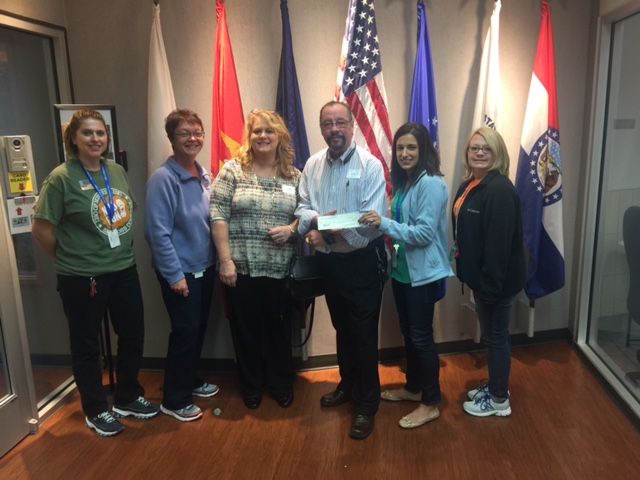 National RTO represented by Tom Moore and MRDA by Mary Hazal presenting $3500 to the Lambert Field USO in St. Louis on October 12, 2016.

The Missouri Rental Dealers made their final stop of their five-city charity tour at the USO in St. Louis last week. The award winning USO serves all military bases in St.Louis, Mid-Missouri, Madison, Jersey and St. Clair counties in Illinois.

Associates from National RTO and MRDA presented a $3,500 check to Lambert Field USO in St. Louis. The USO’s eight employees along with 1200 volunteers will provide baskets for 50,000 service men, women and families during the 2016 holiday season.